With an estimated population of nearly 110 million, Maharashtra has enlisted itself among the most populous sub national entities in the world – a list in which this western Indian state currently holds the 2nd position. Considered to be the financial and commercial hub of the country, Maharashtra also houses some of the best known entertainment and creativity havens in India. In this article, we shall try and take a peek into the vast and flourishing entertainment industry of the state of Maharashtra.

The Nightlife of Maharashtra 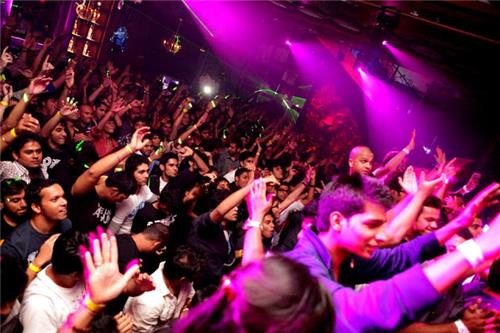 People dancing to tunes inside a nightclub in Mumbai
When it comes to the ‘nightlife’ quotient, Mumbai is the city at the vanguard of Maharashtra – and it is no longer a mystery that this city ‘never sleeps’. However, other metros and suburban areas of the state, too, have gradually discovered the hidden attraction in ‘nightlife’. Pubs, discos, theatres, restaurants and nightclubs nowadays punctuate almost the entire length and breadth of the state – with their epicenter in the Colaba area of Mumbai.

A slew of amusement parks and open air restaurants can be seen lining the beautiful beaches of Juhu and Chowpatty, which are considered to be the best budget destinations for experiencing the beauty of the Mumbai nightlife. Cities like Nagpur, Pune and a number of other suburbs have recently seen a spurt in the number of restaurant-cum-bars, which are operational on a 24 * 7 basis, considering the ever growing tourist population that makes its way into the various parts of Maharashtra at various times of the year.

Best Restaurants and Pubs in Maharashtra

‘Ra’
Address – Phoenix Mills, Senapati Bapat Marg, Lower Parel, Mumbai, Maharashtra – 400013
Operational Hours – Wed, Thu, Fri, Sat (9 PM – 1.30 AM)
A party animal is perhaps one of the most well known species in the Mumbai population of today – and if you happen to be a party animal by any chance, make sure you taste the hospitality of Ra, as soon as possible. With excellent food, the kind of which is led by delicacies like the Algerian Salmon and the Penne in Crème Sauce, this restaurant which doubles up as a pub is known to be one of finest and most hospitable places in the city. Enjoying the wide variety of drinks available here becomes a memorable experience when coupled with the exotic music chosen at various points in the night – needless to mention, Electro – trance music lovers are surely going to fall in love with this place! And, did I tell you that roast chicken available here is famous all over the country?

Sigree Global Grill
Address – 1st Floor, Ventura Building, Hiranandani Business Park, Central Avenue Road, Powai, Mumbai, Maharashtra - 400076
Operational hours – Mon to Sun (12.30 PM to 3.30 PM & 7.30 pm to 12 AM)
This is the best known destination in Mumbai for fruit flavoured cocktails and Grills, which have become quite popular in India in the recent times. With its special pricing on alcohol and associated beverages, the Sigree Global Grill is known for its ability to thrill consumers with some of the most delicious non vegetarian dishes. The ambience here is simply stunning – and one is likely to sink in the beauty of its décor and bright tiles very quickly. To emphasize on it specialty, Sigree Global Grill provides charcoal fired grill spaces on every table. Hospitality is at its very best, and the quality and nature of music used, brilliantly complements consumers’ experience with food and drinks.

The High Spirit Café
Address – 35, A – 1, Near ABC Farms, Main Road, Koregaon Park, Pune, Maharashtra – 411001
Operational Hours – Tue to Sun (7 PM to 2 AM)
This is supposedly one of the best known restaurant-cum-pubs in the city of Pune, which is fast becoming a popular destination for those seeking occasional getaways from the hustle and bustle of the populous cities in Maharashtra. The Café, as it is popularly known as, is one of the best known destinations for Italian Food, which comes with a cornucopia of Indian and foreign blends of alcoholic beverages in tow. Thronged by the lively youth community during the wee hours of the morning, this place witnesses maximum footfall during the monsoon season, which aptly falls in line with the seasonal popularity of Pune’s myriad tourist destinations.

Jugheads – The Unrestaurant
Address – De – Mall, 103/104, Veera Desai Road, Above Skoda Showroom, Maharashtra 400006
Operational Hours – Mon to Sun (6 PM to 11.30 PM)
Sizzler, Thai curry and Pasta constitute the top three ranks in the order of specialty of cuisines of the Jugheads, while cocktails and imported brands of liquor embellish the menu by leaps and bounds. The quirky name ‘Unrestaurant’ has supposedly been used to humour customers with the idea that the food is not served by waiters here i.e. you are the sole owner of your food once it reaches the table! The Jugheads finds it popularity in the youth community, and particularly those who are just on the verge of entering college life. The easy affordability of this place makes it a popular hangout destination for youngsters, throughout the year.

One can talk about entertainment in Maharashtra as much as he wants to, but it can never considered complete unless the many faces of cinema born here are given due importance. Bollywood, often wrongly interpreted as the sole flag - bearer of Indian cinema, is at the heart of what is popularly considered as the ‘entertainment industry’ of Mumbai. And, the fame of Bollywood, is not just restricted to Mumbai and it suburbs – with the passage of time, and with the steady growth in volume of its purse, the film industry’s popularity has transcended the borders of the country and spread to various places all over the world. And rightfully so, for Bollywood is now the largest producer of films in the world! Bollywood is often referred to as ‘Hindi Cinema’ to delineate it from the other film making industries of the country.

Owing to its proximity with Bollywood, both in terms of location and evolution, Marathi cinema, which resides in Maharashtra, has been clubbed with the premier Hindi film maker on a number of occasions. This, however, is the film making unit located in Maharashtra which produces films in the Marathi language –which makes its linguistic orientation remarkably different from that of Bollywood. This is the oldest film industry of the country and shares a common chord with the rural population of Maharashtra which can identify itself more readily with Marathi films than with Bollywood products. 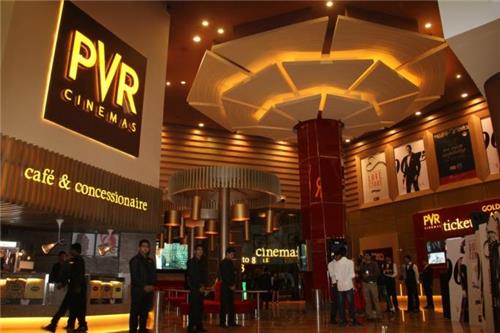 Inside a PVR cinema hall in Maharashtra / source

If you are positioned in some corner of Maharashtra, you ought not to rest until you have tried out all the exotic modes of entertainment available in the state. Amusement parks constitute the latest arrival in this category – not only are they far removed and different from the traditional concepts of refreshment, they also provide people with the opportunity to get in touch with Nature itself, while refreshing and entertaining themselves.

Adlabs Imagica
Location - Sangdewadi, Pali – Khopoli Road, Near Pune – Mumbai Expressway, Maharashtra
Hours of operation – Mon to Sun (10 AM to 7 PM)
Fantasy - themed restaurants, fun rides, animation films, a full dome theatre, world class food and a whole lot of awesome time – you can get it all in one place. Besides, it is also a theme park which has quickly attained widespread popularity in various parts of the world, after being inaugurated in April 2013. Live performances and magic shows and a host of other innovative doses of entertainment can be found here, which has rightfully earned it the epithet – ‘Disneyland of India’. Read more 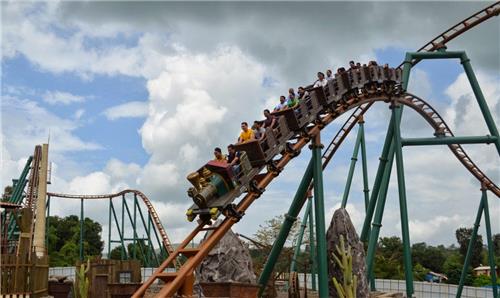 Essel World
Location – Borivali West, Gorai, Mumbai, Maharashtra – 400091
Hours of operation - Mon to Sun (10 AM to 7 PM)
The ‘Aqua Dive’ Ride, the ‘Hedge Maze’ and the ‘Crazy Cups’ are some of the most well known constituents of this popular amusement park, located in the populous Borivali region of Mumbai. There is a cricket ground, an ample number of bowling alleys, an ice skating rink, and a whole lot of virtual video games to pander to the needs of the kids who visit it. The Food Court, with its brilliant ambiance and awesome cuisines is visited by people, for brief breaks from the untrammeled fun and excitement that is available here. Know more

Velocity Entertainmentz
Location – Panchgani, Mahabaleshwar Road, Satara, Maharashtra – 412806
Hours of operation – Mon to Sun (9 AM to 7 PM)
With a perfect mix of indoor and outdoor games and rides, and set against the backdrop of lush greenery of Panchgani, Velocity Entertainmentz is considered to have created a separate brand of amusement on its own, by virtue of its proximity to the beauty of Nature. While basketball and air-hockey are popular indoor games available here, the famous Italian Drop Tower and the zorbing wall constitute the ‘outdoor games’ section. And when you are done absorbing all the fun from these games, head to the food counters which are known to serve some of the best known vegetarian dishes in Maharashtra.

Panshet Water Park
Location – Near Khadakwasla Dam, Pune, Maharashtra – 411024
Hours of operation - Mon to Sun (10 AM to 6 PM)
Built by the very own tourism department of the state of Maharashtra, and ensconced within the folds of the Sahyadri Ranges, Panshet Water Park in Pune is considered to be a heaven for lovers of water sports. Water scooters and speed boats can be seen in plenty here, and kayaking and wind surfing constitute the popular category of games here. A sunny day presents the perfect occasion for a family gathering at this park, primarily because of the brilliant combination of greenery and water bodies that is present here.