Each Indian state offers its own set of delectable cuisines and Maharashtra is no exception. The state offers several mouth watering cuisines that are in demand across the country and various parts of the world. Let us have a look at the different specialty dishes of the state.

Kelphulachi Bhaji: Banana flower and moong chilka dal are cooked together for this preparation. Marathis love adding a sweet flavour to most of their dishes and this one couldn’t be left behind. Thus, jaggery is added to this one as well. Curry leaves, Asafoetida and chopped green chillies are used to enhance its flavor. 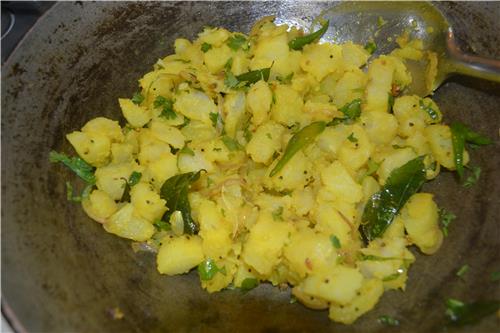 Amti: This is a scrumptious sweet and sour toor daal preparation. Toor daal is cooked with different spices, Tarmarind and Jaggery to attain a special flavour. Onions, tomatoes and garlic may also be added to the preparation to enhance its taste. This is mostly preferred with rice.

Fansachi Bhaji: A delicious jackfruit preparation which is loved all over the state. Jackfruit is cooked with black peas, jaggery, green chilli and tamarind.

Dalimbya: Field beans are cooked with Kokam, ginger, shredded coconut, chilli powder and jaggery. Its sweet and sour taste sets it apart front the beans preparations from other states.

Farasbichi Bhaji: This is French beans preparation. Also prepared in other parts of the country, the preparation here is quite popular.

Palkachi Takatli Bhaji: This is a mouth watering spinach preparation. This green leafy vegetable is cooked in buttermilk to attain a scrumptious taste.

Batatyachi Bhaji: This is dry potato preparation cooked in different spices. Onions, green chillies and curry leaves are added to potatoes to give them a unique aroma.

Vangyache Bharit: Vangyache Bharit or Vangi Bharit as it is popularly known as is prepared by roasting and mashing egg plant and cooking it with onions, tomatoes, garlic and green chillies. It is almost the same as the Baigan Bharta which is loved across North India. Each region adds its own flavour to this dish.

All these vegetables are mostly served with Ghadichi Poli which is the name given for the simple wheat chapati or Bhakri which is a chapati made of bajra and jowar. While Bhakri is popular among the people living in the rural areas, Ghadichi Poli is in demand in the urban areas. Some of these are loved with rice. 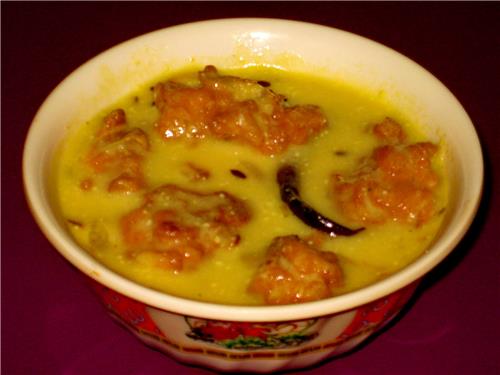 Marathis are known for preparing some of the best curry preparations. Their sweet and sour curries are mostly preferred with rice.

Kadhi: Prepared with gram flour and curd, this is one of the most loved curry preparation among the Marathis. It tastes best with steamed rice.

Katachi Aamti: This sweet and sour curry is prepared with Chickpea. Sesame seeds, cumin seeds and bay leaf are used to add special flavour to it.

Solkadhi: This one is prepared with Kokam and coconut milk. It has a sour flavour and is usually had plain or with rice. 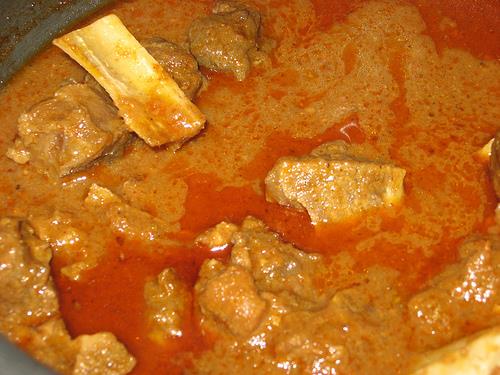 While a majority of traditional Maharashtrians are vegetarians there are quite a few delectable non vegetarian cuisines that the state has on offer.

Mutton Maratha: This is another popular mutton preparation from the state of Maharashtra. Cooked with onions and green chilli and garnished with coriander, this is famous throughout the state.

Varhadi Rassa: Maharashtrians are especially fond of meat which is usually cooked in the spicy varhadi rassa or saoji curry.

Khara Mutton: Also known as Mutton Achar, this is a salty goat curry which is loved with rice. 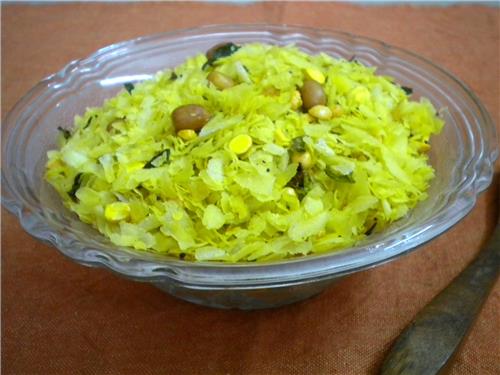 Pav Bhaji: A delectable snack offered by Maharashtra, pav bhaji is a hot favourite across the country. The bhaji preparation includes steamed peas, potatoes, tomatoes and onions. These are mashed and cooked thoroughly in different spices and butter and garnished with chopped onions and coriander. The bun is also softened by shallow frying it in butter.

Pohay: This is one of the most popular dishes in Maharashtra. It is not only tasteful but also light and healthy. Poha, or flattened rice, is cooked with onions, potatoes, green chillies and various spices.

Vada Pav: One of the most loved Maharashtrian snacks, Vada Pav is especially famous in Mumbai. It is made by stuffing a fried mashed potato dumpling, called the vada in a pav (a white bun). Vada Pav is served hot with red chutney.

Bhakarwadi: Another favourite tea time snack item, these are fried and hardened rolls made with a mix of refined flour and gram floor spiced up by stuffing with various spices.

Surali Wadi: These are rolls prepared with chick pea flour.

Umpa: Also known by the name upeeth or sanja, this is among one of the healthiest snacks from the state. It is prepared by cooking semolina with onions, green chillies and various spices.

Thalipeeth: This is a spicy pancake which is mostly had with curd.

Kothimbir Vadi: This is are prepared by mixing coriander and Maharashtrian spices in chick pea flour. These may be steamed, deep fried or stir fried.

Maharashtrians sure have a sweet tooth as they are known for offering a wide variety of mouth watering sweet dishes. Let us have a look at the various sweet dishes the state has to offer. 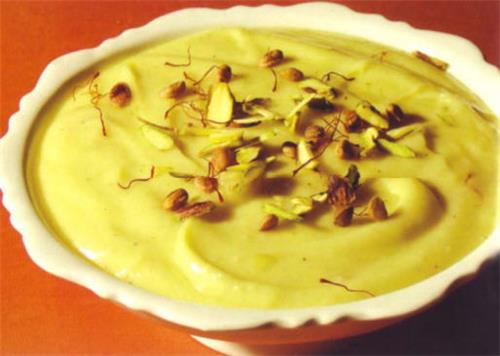 Puran Poli: This is a popular Maharashtrian cuisine prepared by mixing chana dal, jaggery and cardamom power. Cooked in pure ghee, puran poli is a hot favourite during the Maharashtrian festivals.

Shrikhand: Shrikhand is among the popular sweet dishes of Maharashtra. It is prepared by sweetening yogurt and adding ingredients like cardamom, charoli and saffron to give it a special flavour.

Karanji: This is a sweet deep fried piece filled with grated coconut. Jaggery is used to sweeten karanaji and and cardamom seeds are used to add a special flavour to it. It is especially had during the Diwali festial.

Modak: Prepared by stuffing jaggery and coconut in rice flour or wheat and maida flour dough, modaks are especially in demand during the Ganesha Utsav which is celebrated with great zeal throughout Maharashtra.

Gulachi Poli: It looks similar to a stuffed parantha and is prepared by stuffing a mixture of shredded jaggery, shredded coconut and grounded sesame seeds in gram and wheat flour dough.

Narali Bhaat: This is sweet rice which is given a unique aroma by adding ingredients like cardamom, cloves and shredded coconut. This is especially prepared during the Narali Pornima celebration.

Anarsa: This is prepared with a mixture of powdered rice and jaggery. It is not only delicious but healthy too.

Basundi: This is a dessert prepared by sweetened dense milk.

While all the mentioned cuisines are famous across Maharashtra there are some that are extremely popular in certain regions. Let us find out about these specialty cuisines. 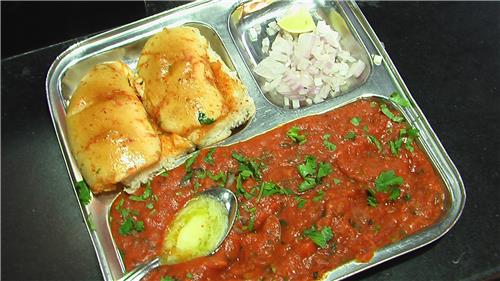 Vada Pav is especially popular in Mumbai.  You will find it in every corner of the city. From the road side stalls to big restaurants you shall find it almost everywhere. Pav Bhaji, that tastes even better, is equally popular among Mumbaikars and is available across the city.
Also See: Best Vadapav Joints in Mumbai | Food Culture of Mumbai

Pune’s Bhakarwadi is famous across the state and is the most loved tea time snack items in the city. Thalipeeth and Puri bhaji are among the other popular dishes here.
Also See: Food Culture of Pune

Kolhapur’s spicy mutton curry is quite famous. This is a must try for all the non-vegetarians who visit the place. Also known as the Matnacha Rassa, the curry is loved with rice as well as chapattis. Kolhapur thecha, which is a spicy chutney prepared with onions, garlic, green chillies and various spices is also quite popular as so is Kolhapuri Misal which is a spicy breakfast dish.
Also See: How Tambda Rassa is Made | Food Culture of Kolhapur

The taste of fish curry and rice prepared in Konkan is simply matchless. It is almost the staple food of this place.The sweet and sour kokum used as a special ingredient in the curry makes it different. Rice popadams are also a specialty of the place.

Shengachi poli or groundnut bread is very popular in this part of the state. It is a sweet dish preparation quite like Puran Poli which is famous across Maharashtra. Kolhapur’s jowar bread and Khara Mutton is also quite popular.
Also See: Food Culture of Solapur