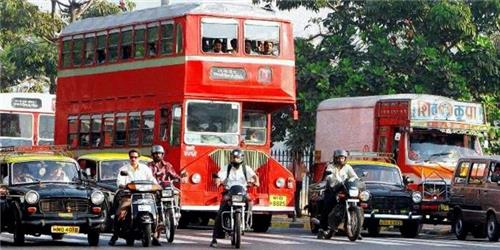 Maharashtra state is among the highest developing economic regions of India. The state is blessed with fertile land and suitable climate conditions which makes the living conditions favorable to others within the state. The state majorly supports all transport modes with well and developed connectivity. Rail, Road, Air even Sea transport also available from all major cities and easily approached to any places of the country.

Rail: Mumbai is the center point of the railway network in Maharashtra owning three major railway stations and the headquarters of two Railway Zones in India. The capital city is connected to most of the important cities of India by railways. Rail transport supported by Central railways with Konkan railways in coastal areas. Many important tourist spots in the state are directly connected to Mumbai by regular trains. The other cities and district head quarters of the state are also well connected by trains.

Road: The state has the best road connectivity in India. The state is privileged with the largest road network of India along with highest number of National Highways. The most of the places of the state are having well maintained state and national highways. The national highway like NH 8 connects Delhi with Mumbai and NH 4 connects Chennai with Mumbai. The Maharashtra State Road Transport Corporation (MSRTC) is responsible for the maintenance and development of road transport throughout the state, under which buses runs, popularly called ST for State Transport, linking most of the towns and villages in and around the state with a large network of operation.

Sea Ports: MaharAshtra is surrounded by Arabian Sea therefore gifted with the best large three ports of the country. Among the state there are three major ports at Mumbai which is operated by Mumbai Port Trust. The JNPT in Mumbai Harbour of Navi Mumbai and in Ratnagiri.